American Shame: Hate Crimes in Nevada go Unabated in the Land of the Free

Imagine going to a gas station and being accosted by Skin Head Nazi Thugs, then as law enforcement arrives at this egregious hate crime one of the hooligans proclaims;“You hear those cops coming? They’re not going to help you. My daddy is a cop in this town, and nothing is going to happen to me. You fucking niggers are going to jail.”

The town in question is Fernley Nevada and the hooligan in question is Jacob Cassell the son of a prominent local law enforcement officer. Though the Bonta family was accosted with bats and other instruments of death critically injuring family members the perpetrators were released on the scene by local sheriff’s deputies. In a well written accounting of this event in *Indian Country Today, written by Velerie Taliman, the story gets much worse since justice was far from served and the perpetrators continue to wreak havoc on ethnic minorities within this region. I will not reinvent the wheel so I advise my readers to log onto Indian Country Today for the bare bones faces about this crime of hate. This deserves the attention of the United Nations and possibly the International Criminal Court since the Paiute Nation is a sovereign nation as prescribed by the United Nations and this victimized family is members of the sovereign Paiute Nation.

I follow news stories from around the world where human beings are victimized by criminal factions within government and industry and this fetid event should be recognized by the people of the world. Though this event occurred within the confines of the continental United States it does not mean this callous disregard for human rights should be ignored. The local officials must be held accountable for the conduct of their law enforcement agencies since it was more than apparent justice was not served and racial bias prevailed. Since I have family living in the Pyrimde Lake and Duck Valley regions of Nevada I find this to be a personal affront to my sensibilities since it is hard to define the line between objective journalism and pure anger. I am not a happy camper.

Now I am addressing my readers from around the world and urge them to take a stand against this tyranny and the officials who continue to ignore this travesty of justice. This is wrong on all levels and for one of the criminals to be the son of a law enforcement officer, immunity to the laws of the land is unconscionable. The fact Jacob Cassell is a hate mongering skin head only exacerbates the issue there is wholesale disregard for the indigenous communities throughout America. This event opens up a most hurtful can of worms within all indigenous communities through out the Americas at the very least for this event is common place and under reported by the mainstream media.

It would behoove my readers to sign the petition I am including in this story but also to contact the United Nations and all political figures responsible for the promotion of human rights around the world for the United States is not above the law. In a statement made by Jacob he called us “Niggers” but I must contest since the proper term is “Tree Nigger”, a name I was raised with since the 1950’s. And it is my promise I will expose Jacob and the chain of authoritarian figures who allowed the Bonta family to suffer because of the color of their skin. If justice is not served the names of all the politicians who ignore this egregious crime against humanity will be known to the world for they are now under the microscope on a global scale.

To the City Counsel of Fernley Nevada, please be advised this is no longer a local issue but an international one. You are now known to the world and your conduct will be scrutinized for this was a travesty of justice, bada bing, bada bang, bada boom.

13 thoughts on “Buffalohair, American Shame: Hate Crimes in Nevada go Unabated in the Land of the Free” 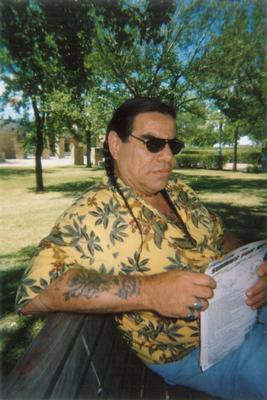 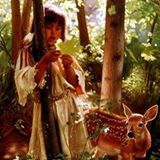 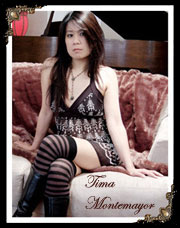